No need to grab the passport for tours of the Seven Wonders of the World. We’ve got you covered. Virginia is home to many of the most well-known and sought-after outdoor landmarks in the country. So pack up the car and discover some of the Commonwealth’s natural wonders! Looking for the ultimate underground experience? Known as “Geology’s Hall of Fame,” Luray Caverns is the largest and one of the most popular caverns in Eastern America. Founded in 1878, the Registered Natural Landmark reaches peaks up to 10 stories high and has more natural wonders within its caverns than any other in Virginia. Check out Giant’s Hall, filled with towering columns and crystal clear pools or The Stalagpipe Organ, home to the world’s largest instrument. There’s always more to discover from the state’s eight caverns. The Virginia Natural Bridge has been included in several “Seven Natural Wonders of the World” lists. Although mostly on the lists from the 19th and early 20th centuries, its natural wonders still remain today. Formed when a cavern collapsed, legend holds that a young George Washington surveyed the Natural Bridge site for Lord Fairfax. Today, landmarks remain of the work and on the wall of the bridge where he carved his initials. Just before the American Revolution, Thomas Jefferson purchased 157 acres of land, including the Natural Bridge, from King George, III of England for 20 shillings. Today it is privately owned. At the end of the day, unwind to view the Drama of Creation show, created in 1927 by then-president, Calvin Coolidge.

Natural Tunnel was once described as the “Eighth Wonder of the World.” The tunnel, which was naturally carved through a limestone ridge for more than a thousand years, is more than 850 feet long and reaches a height of up to 10 stories. One of Virginia’s 37 state parks, Natural Tunnel offers cave tours and canoe trips on the Clinch River. Head to the northern neck of the Potomac River and you’ll find Westmoreland State Park. Take in the breathtaking views atop Horse Head Cliffs or stroll along the river’s shore and hunt ancient shark teeth. The park’s amenities include something for everyone in the family to enjoy, from the Olympic-sized pool to boating and fishing. Take in the great outdoors by doing some bird watching; the region is widely known for spotting American bald eagles, kingfishers, great blue herons, ospreys and more. Burkes Garden is the Commonwealth’s highest valley and largest rural historic district. Described as “God’s Thumbprint,” the bowl-shaped valley will take visitors back to a simpler time when agriculture, religion and education were the main focuses of its settlers. Today, the Garden offers breathtaking scenery, peaceful hiking and biking, bird watching, and more. Head to the cemetery at the Central Lutheran Church to discover gravestones dating back to the 1700s or follow the Appalachian Trail for scenic overlooks into the Garden. 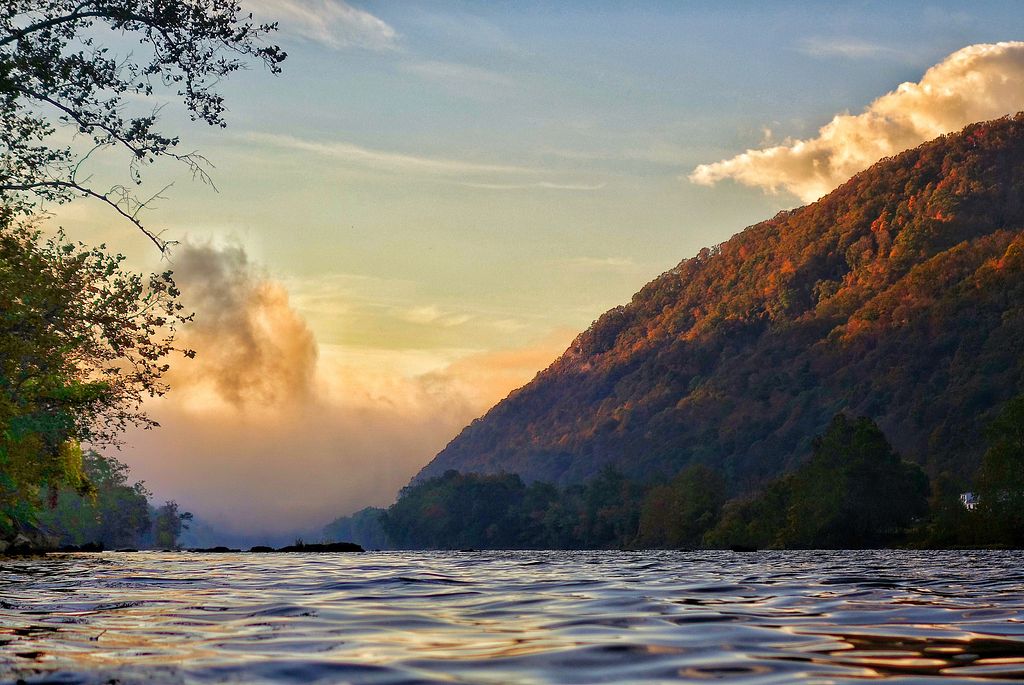 Flowing through 320 miles of North Carolina, Virginia, and West Virginia, The New River is one of the five oldest rivers in the world, with its present course dating back approximately 65 million years. It is also one of only a few rivers in the world that flow South to North. In addition to the scenic views found along the Southwest Virginia portion of the New River, the river offers lots of outdoor recreation opportunities, including whitewater rafting, kayaking, tubing, and fishing. Head west to the state border and you’ll find the “Grand Canyon of the South.” Historic Breaks Interstate Park was discovered in 1767 by Daniel Boone and offers all the beauty you’d expect from the mountainous land, where you can take a tranquil hike or bike ride. Go for a canoe ride on Laurel Lake or take the family out for a day of geocaching. The park is open year-round and boasts motel, cottage and cabin accommodations. The National Wildlife Refuge is the largest remnant of a habitat that spanned more than one million acres over southern Virginia and northern North Carolina. In 1973, the Great Dismal Swamp was donated to The Nature Conservancy, making it a National Wildlife Refuge in 1974. If you’re looking to hunt or just take in the beauty of the habitat, the Great Dismal Swamp has activities from hunting and fishing, to photography and environmental education classes.

Located in Cumberland Gap National Park, Virginia’s Sand Cave is a marvelous natural wonder, with a colorful ceiling of golds, reds, and greens arching over the massive open cavern’s sandy floor. The cave is accessible from a 3.9-mile trail through the park that showcases some of the natural beauty of Southwest Virginia, with this incredible payoff waiting at the end for an awe-inspiring photo op. Just 15 miles from DC sits one of the most historic natural wonders in the U.S.: Great Falls Park, located on the Potomac River. A unit of the George Washington Memorial Parkway, the park’s origins date back to 10,500 BC. Stroll along the river and take in the sights of the falls and abundant wildlife. Children five and older can attend the Junior Ranger Program to explore and learn, as well.